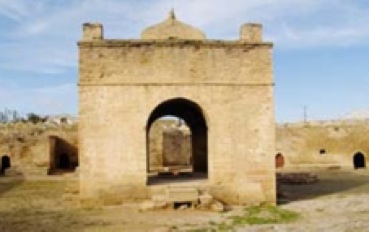 Historic factors play a dominant role in the population structures of the countries of Central Asia (Kazakhstan, Uzbekistan, Kyrgyzstan, Tajikistan, Turkmenistan) and the Caucasus (Georgia, Azerbaijan, Armenia). They all belong the the post-Soviet CIS-groups.

Between the Russian revolution and the collapse of the Soviet Union, massive interventions in the socio-economic structure took place. Stalin´s population policy was accompanied by large-scale resettlements and deportations. An important by-product of this imposed migration dynamic is the increase of the Russian population between 1926 and 1959.

These adverse conditions have to be kept in mind when it comes to the coding and mapping of the area under consideration.

In comparison with the trans-Caucasus area, Middle Asia features a low population density. This particularly applies to Kazakhstan and Turkmenistan. Due to the intense interpenetration of the immigrant ethnic groups and considering their legal status, the allochthonous groups are mapped not attached to the respective capitals but mapped in their living area. In northern Kazakhstan, the Russians, Ukrainians, Germans, Belarusians, Jews and Poles even are in a majority.

The definition of the cultural units of Middle Asia and the trans-Caucasus are based on a linguistic classification.

Map extract of the Caucasus area: 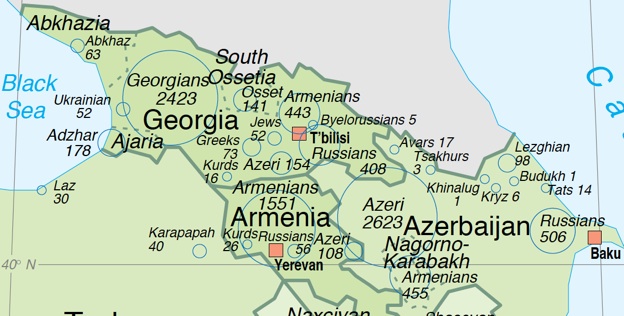 At the time of mapping not all the national borders were undisputed. Such ambiguities are indicated by dotted lines – see territories in Abkhazia, Adjara and South Ossetia, Azerbaijan and the area of Nagorno-Karabakh.