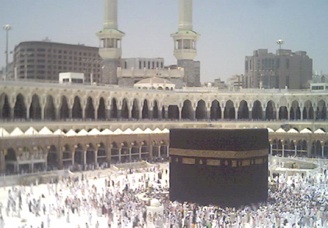 The ethnic classification of this region – notably of the North African population – pose particular difficulties, already to the author of the Ethnographic Atlas. He described the problem and his solution as follows: „Scholars have concerned themselves principally with unraveling complex tribal histories and genealogies. [Instead] We have attempted to group tribes into units on the basis of cultural similarities and geographical contiguity (Murdock 1959:394). in other words: For Murdock, the relevant question was not the idiosyncratic (and situational!) identity of genealogical units, but the territorial wholeness of cultural groups with similar structural properties.

In the ATLAS, the term Arabs refers to the sedentary population of the countries in Western Asia and North Africa (e.g. Iraq-Arabs, Lebanese Arabs, Saudi-Arabs). The nomadic Arabs, on the other hand, were referred to as Bedouins (e.g. Tripolitan Bedouins, Cyrenaican Bedouins, Chaamba-Bedouins, Saada-Bedouins ➔ Statistics and Discussion).

Map Extract of the Persian Gulf: 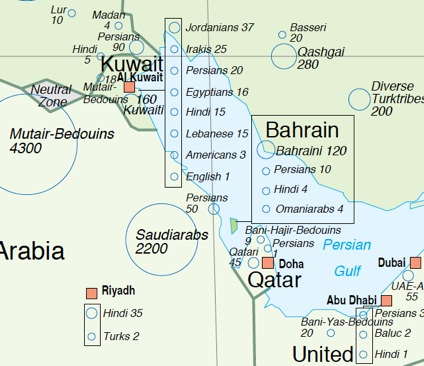 The complementarity and tension between urban and rural population, and sedentary and nomadic tribes, are a constitutive element of Arab culture. Nowadays, large cities are focal points of international migrants. In Western Asia, foreign workers (men and women) may approach 50 percent of the national population; in North Africa, many foreign elements stem from early European immigration.

Foreign groups are revealed as columns in the national capital, irrespective of their actual residence. The Arab Emirates in the Gulf are illustrative examples. The figures indicate the absolute number of cultural units in ´000. 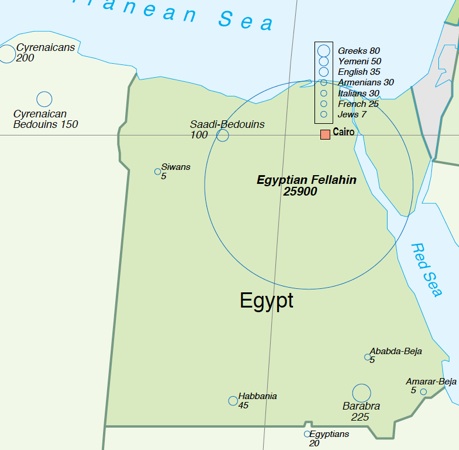 The detail helps to clarify what the ID-maps stand for and what not. Obviously, the objective is not to project the geographical distribution of the Egyptian population.